Founded in 2001 to provide leading edge training, we have always believed the quality and success of a Hypnotherapist is reflected in the quality of their training. At the East Anglian Institute our mission is to provide the most ethical training possible. We train our students to an Integrative model, meaning different ways of working are taught and most importantly how to relate and connect with clients. Integrative also means it is important that students feel able to develop their own styles of working and adapting to clients. We encourage and support our students self-development, after all, how can a therapist help a client unless they have an appropriate level of self-awareness and understanding? We want our students to have their own successful practice and  developing themselves further with their own philosophy.

In the experience of the tutors, most hypnotherapy schools provide a lot of basic knowledge and a hypnotic script for every eventuality which leads to trained hypnotic readers of scripts, this doesn’t adequately prepare a therapist for real clients and furthermore restricts the ability to work both creatively and intuitively. The East Anglian Institute is committed to training creative and intuitive therapists.

The East Anglian Institute is committed to your training and development as a therapist and human being and is unapologetic in having Tutors that are quite different in the way they work. John and Mike started training hypnotherapy back in 2001. Their teaching philosophy enables the student to experience a rich tapestry of methods and styles that they can adapt to create their own unique way of working that suits their personality and preferred specialist markets. No ‘homogenised one size fits all’ or ‘our way or the highway’ training, the East Anglian Institute is dedicated to a truly Integrative approach!

“Brilliant, seriously! Valued having two different tutors with totally different styles. I was able to gain so much more because of this!” L.G, Student

COVID-19 Health and safety Policy – the East Anglian Institute of Hypnotherapy conform to the Government guidelines for education and training. All courses will have smaller class sizes to enable safe social distancing. Full details provided on enquiry.

Mike has extensive experience and training in the field of Psychotherapy and Hypnotherapy. He has built a reputable and successful private practice since 1999 when he first qualified as a Counsellor. He became interested in Hypnotherapy when he realised he needed another dimension to his work to help clients make tangible progress. He believes that Hypnotherapy is far more effective when it is practiced from a sound Psychotherapeutic base by the therapist, and when the therapist has engaged in their own personal therapy. Mike trained in Hypnotherapy to Diploma and Advanced Diploma level with the International School of Analytical and Cognitive Hypnotherapy and with Gil Boyne. He is registered with the General Hypnotherapy Register.

Mike gained a BSc degree in Integrative Counselling with Matrix College/Middlesex University. He continued to study and received a Masters Degree at University of East Anglia, researching Transpersonal Psychology and the effect of transference within the phenomena of Transpersonal experience and has since been developing and integrating this into his practice.

At the University of East Anglia, Mike also trained with Dr Campbell Purton and studied Focus-Oriented Psychotherapy ‘Thinking At The Edge’, as theorised by Eugene Gendlin, gaining a Post Graduate Certificate.

Mike is also an Integrative Clinical Supervisor, working with professional therapists, helping them to develop their own practices.

Mike believes the quality of the relational element and an Integrative approach in all therapy work, i.e. how the therapist connects with their client, determines how effective it is and encourages the development of this with his supervisees and students. He is very keen to see people grow and is keen to learn from his own clients, supervisees and students.

John is also a Meta Master NLP Practitioner and Trainer, having trained extensively with the worlds leading hypnotist Paul Mckenna and the creator of NLP, Dr Richard Bandler, whom he is personally recommended by and personally licensed to train NLP to master level. He has regularly assisted Paul Mckenna and Dr Richard Bandler on their UK NLP seminars and is one of the few consultants in the UK to have been regularly referred clients from both Paul Mckenna and his company. In addition to assisting Paul McKenna on his Weight Loss and Phobia elimination seminars, he has also assisted him on his Hypnotic Stage Shows.

John is also trained to an advanced level in Thought Field Therapy and is the UK’s Boot Camp trainer for advanced training. He is the Director of Training for the UK Institute of Thought Field Therapy. He is personally recommended by the late Dr Roger Callahan for his training and therapy work.

John also runs the successful therapy and coaching clinic Norwich Hypnotherapy Practice which was opened in conjunction with the East Anglian Institute by Derren Brown back in 2001 at the Old Palace Centre on Heigham Street in Norwich.

In recent years, John has written the self help book ‘Unleash the Slim Within’ which Dr Roger Callahan kindly wrote the foreword to and has appeared on the BBC’s ‘Make my Body Younger’ programme helping a binge eater to stop. He recently completed his second book to accompany his programmes ‘Unleash the Freedom Within’ which has been designed to create an integrated formula for change using NLP, TFT and Hypnosis.

John has also created the ‘Inner Space Series™’ hypnotic audio programmes that are sold worldwide and developed a unique ‘Freedom Formula’ for change – a process that has consistently achieved successful results with clients integrating the best of NLP, TFT, Hypnotherapy and Coaching. This is integrated in all of his therapy programmes.

“I highly recommend John Plester. He is continually updating his training with the most up-to-date skills I have developed and is licensed internationally through the Society of Neuro-Linguistic Programming.”
Dr Richard Bandler, Co-Creator NLP

‘John is a long time trainer with a wide array of skills and knowledge. It is because of this, and, after many years as one of our leading UK TFT algorithm trainers, he has become our first UK TFT Boot Camp trainer. We have received wonderful comments from his students both at the algorithm and Boot Camp training levels. He is not only experienced and skilled, he makes his training fun and inspires his students. We are proud to have him represent us and TFT.’
Roger and Joanne Callahan, TFT Founder and Developers 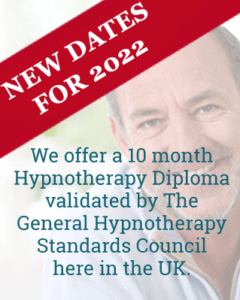